Monday Musing on This ‘N That 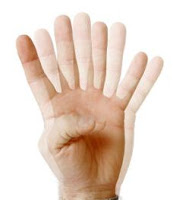 Anybody out there have a reason why I’m seeing double of almost anything I look at? The second image I see is always to the right of and level with the original; sometimes the second image is a little lower than the original. Occasionally when meeting cars (I’m not driving!), a second image of the car crosses the center line and comes straight toward our car. When the “real” car goes on by the ghost image disappears. Only once have I had this double thing while looking at the computer screen; it was wild and I just walked away to come back later.
Okay so if you do or don’t have a reason why, do you know a remedy?

I’ve been to my local ophthalmologist, who totally does not know what’s going on. He sent me to a neuro-ophthalmologist in another city who did numerous tests I’ve never had done on my eyes even though I’ve used corrective lenses since I was 12 years old. I have a second appointment with him in April. In the meantime he wants me to go back to my local ophthalmologist, get a new pair of glasses with prisms in both lenses and use “artificial tears” drops four times a day. Prisms? What’s that in glasses?
The neuro man has me scheduled in February for an MRI covering from my waist to the top of my head. I think he’s probably trying to eliminate and hoping he can diagnose the problem at the same time.

This is a medical problem that has no pain. It would be almost comical seeing all those cars coming toward us if such a puzzling thing weren’t going on. Wonder how I’ll look with my new prism glasses? Maybe I can use them to watch 3D movies; nah, guess not.
Now I’m in a place similar to publishing a book—wait and see what happens next. I welcome any suggestions, cures, or remedies.
Until next time … keep on smiling.
Posted by Jo Huddleston at 7:00 AM