Thursday Thoughts on Reading and Writing

When you leave a comment on THIS post by 6 p.m. CT Sunday, February 12, 2012, you'll be entered in the drawing for a copy of the book I review below. You must be eighteen, a U.S. resident, void where prohibited. 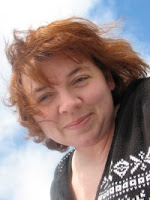 D. M. Webb lives, along with her two sons and a variety of pets, in the beautiful state of Mississippi. She is an active member of American Christian Writers (ACFW). Her studies in art and sociology coupled with her many jobs ranging from bookstore clerk to volunteer firefighter/EMR has produced a plethora of ideas for upcoming books.

From the book's back cover

Two brothers, one death--the bond of brotherhood faces its greatest challenge against resentment and guilt. Can the love between two brothers eventually win against pain and guilt?

When Firefighter David Boyette's fiancee perishes in a car fire, he blames his brother, Sgt Jeremy Boyette, for her death.

Three years later, David returns home with a dark and devastating secret. With the help of family, a woman's love, and a small child's devotion, can David overcome insurmountable odds as he and Jeremy face the bitterness that enslaves him?

Together the brothers muse decide if the bond of brotherhood is stronger than resentment and hate.

Firefighter David Boyette’s soon-to-be wife dies in a flaming auto crash. David blames his policeman brother, Jeremy, who was on the scene of the crash and was unable to save her. David leaves town only to return home years later carrying a heavy load of secret burdens. David can’t believe anyone, especially his family, needs to hear his secrets. He doesn’t share his burdens with anyone until eventually he’s convinced God didn’t abandon him but he is the one who strayed. He must let those who love him help him with his burdens. But can he do that or will he leave town again?

Remember: leave a comment on THIS post by 6 p.m. CT Sunday, February 19, 2012, and you'll be entered in the drawing for a copy of Mississippi Nights. You must be eighteen, a U.S. residents only, void where prohibited. Please remember to leave your email address so that should you be the winner I can get in touch with you for your mailing address.

Posted by Jo Huddleston at 7:00 AM