Any Good Movies Around?

Sites probably abound that review movies, good and bad ones. After so long I have to walk away from my computer, stretch my legs, and turn to something that doesn’t require my brain to work. E.g., the TV.  Infrequently does a movie catch and keep my attention. (What’s described below is adapted from a true happening.)

As I scanned the TV stations recently I found a beach scene from a movie. You know how I love the beach and I stayed on that channel to check it out. The scene was quiet, peaceful. A lone man cast his fishing line out into the ocean, secured his pole and sat in a folding chair. Then he did what I love to do at the beach—look around and take it all in.

When he looked to his left he spotted something at the water line and went to see what it was. He discovered a dolphin with rope around his nose, also much more rope around his tail, and a wire cage attached to the end of the rope. No doubt the dolphin had encountered a fishing boat’s trap in the sea. It was obvious the dolphin had lost his fight in trying to free himself and now he was beached. 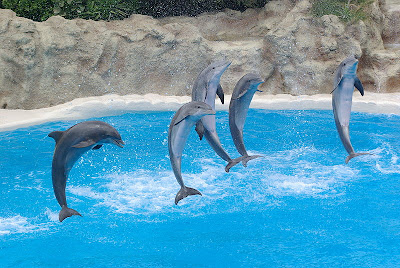 A rescue truck responded to the fisherman’s phone call, took the injured dolphin to a clinic where he would get care. Long story short, they had to amputate the dolphin’s tail where the rope had been. After the amputation, the dolphin survived but no longer had a flat, horizontal tail that he moved up and down to propel himself in the water. All he could do with the stump of his tail was move it back and forth, not up and down.

The young boy in the movie had a cousin who had lost a leg in the military. After the boy saw the veteran fitted with a prosthetic limb he rushed to the clinic and suggested the same for the dolphin. The first and second time a device was tried on the dolphin he thrashed around, breaking the artificial tail. The clinic had no more money for this project and was going to put the dolphin down.

The same young boy, with adult help, set about to spread the word about the need for the dolphin. They had a fair with a swimming champion race, booths, and took donations to help the dolphin research. I’ll leave your imagination to come up with the end of the movie. 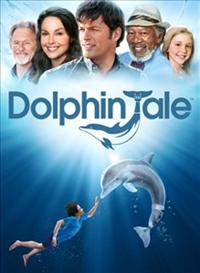 The title of the movie is Dolphin Tale (2011) starring Morgan Freeman, Harry Connick, Jr., and Ashley Judd. It is definitely a family movie. I loved this statement the young boy said: “Family is forever.” Wow. I got goose bumps and shed a tear or two during the movie.

This blog is not for movie reviews, but couldn’t resist telling you about this one. I highly recommend it.

The winner of last Thursday's blog post for a copy of Nothing to Hide by J. Mark Bertrand is karenk. I'll email you to get your mailing address and get the book out to you. Thanks all for commenting. Watch for more book giveaways.

Till next time … keep on smiling.
Posted by Jo Huddleston at 7:00 AM