Thursday Thoughts on Reading and Writing

When you leave a comment on THIS post by 6 p.m. CT Sunday, November 4, 2012 you'll be entered in the DRAWING for a copy of Double Exposure by Susan Sleeman. She’s giving away three copies. If you mention in your comment that you’re a new or old follower (see in the left column “Join This Site” and “Follow by Email”), I’ll add your name a second time in the drawing. You can read details about my book giveaways here. 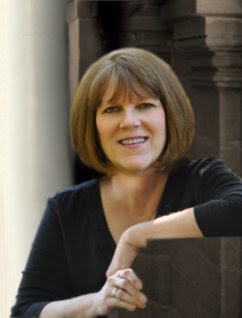 SUSAN SLEEMAN is a best-selling author of inspirational romantic suspense and mystery novels. Her first romantic suspense title, High-Stakes Inheritance earned a spot on the ECPA bestseller list and her Garden Gate Mystery series, which features Nipped in the Bud, and Read Between the Tines has enjoyed time on Amazon bestseller lists as well. And The Christmas Witness was named a finalist in the 2011 Daphne du Maurier Award for Excellence in Mystery/Suspense. In addition to writing, Susan hosts the popular internet website TheSuspenseZone.com.

She currently lives in , but has had the pleasure of living in nine states. Her husband is a church music director and they have two beautiful daughters, a very special son-in-law, and an adorable grandson. To learn more about Susan stop by any of these locations on the web.

From the back cover of Dead Wrong, Book 2 of the Justice Agency Series:

A KILLER’S CLOSING IN…
When her client and old college friend is murdered, P.I. Kat Justice knows the killer will come for her next. Her survival depends on finding her unknown enemy first…and working with homicide detective Mitch Elliot, her onetime crush.

It’ll take all her professional skills to ignore the sparks between them, but Kat can’t allow the handsome cop to get close. She’s seen too many people she loves die, so she vows just to do her job without getting emotionally involved. Yet keeping her distance may not be the best way to protect her heart—or their lives.

For more info about and to read an excerpt for Dead Wrong visit Susan’s website at http://www.susansleeman.com/books/dead-wrong/

Book 1 of the Justice Agency Series is Double Exposure.

Writing a Series by Susan Sleeman

Writers often think in terms of one book, but for some reason I’ve never thought that way. I’ve always approached my plots based on an overarching theme that would contain a series of books featuring different protagonists.

Why, you ask? Honestly, I’ll admit I started doing this after studying the suspense genre and discovering that many of the successful writers used the series concept to tie their books together. If so many of the successful writers were doing so, shouldn’t I also do so? Of course. So I did and have contracted three different series. What I’ve learned over time is why writing a series is a good thing.

Readers like series books. Period. They love them. Whether it’s the same main character book after book, or different leading characters, readers love to see people grow and change. To see people come in and out of their lives. To watch the character fall in love. Have children. Maybe even grow old together.

Publishers also like series books. In today’s ever-changing publishing environment, publishers want an author to commit to them just as they are committing to the author. Publishers invest time and money growing an author’s reader base and it’s a much better investment if they spread the cost between several books.

Now that I have contracted three different series, I can tell you from a writer’s point of view that doing a series is a wonderful way to approach writing. Why you ask? Let me give you three reasons you might want to try this approach.

1. You get to know the characters so well and have a chance to reveal what makes them tick over the course of several books. Revealing bits and pieces book by book to pique the reader’s interest is such fun. Foreshadowing the main character for the next book not only reveals the character in an interesting way, but it also makes the secondary characters in your current book so much richer.

2. Once you research the main characters for the series, your work is done for several books. In the Justice Agency—my current five book romantic suspense series—that meant I had to dig into and discover the past of five leading characters in detail before I began the first book. A lot of work you say? Yes, at the beginning there was a lot of work, but when it comes time to write the books, each one gets easier and easier because you know the characters so well. The last book, practically writes itself. Okay, I’m exaggerating here to make a point, but the time spent up front is well worth it in the end.

3. Writing a series is like spending your days with old friends. From the moment you sit down at your computer to the time you turn it off for the day, you spent your time with people you know. People you care about. And what could be more fun as a writer than that?

So I’ve shared my feelings about series, what do you think? As a reader do you like them? As a writer to do write them?

Remember: leave a comment on THIS post by 6 p.m. CT Sunday, November 4, 2012 and you'll be entered in the drawing for a copy of Double Exposure by Susan Sleeman. Susan is giving away three copies. You must be eighteen, have a U.S. mailing address, void where prohibited. Please, please remember to leave your email address so that should you be the winner I can get in touch with you for your mailing address.

Till next time … keep on smiling