When you leave a comment on THIS post by 6 p.m. CT Sunday, October 6, 2013 you'll be entered in the DRAWING for a copy of the book I review below. If you mention in your comment that you’re a follower (see in the left column “Join This Site” and “Follow by Email”), I’ll add your name a second time in the drawing. You must be eighteen, have a U.S. mailing address, void where prohibited. You can read details about my book giveaways at Disclaimers.


The Nun and the Narc by Catherine Castle 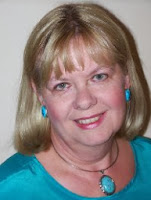 Catherine began writing stories and poems almost as soon as she could string words together on paper. When other students groaned at essays and term paper assignments, she relished the chance to research new things and write.
Catherine also likes traveling, singing, and attending theatre, as well as being onstage in the spotlight. In the winter she loves to quilt and has a lot of UFOs (unfinished objects) in her sewing case. In the summer her favorite place to be is in her garden. She's passionate about gardening and even won a "Best Hillside Garden" award from the local gardening club.
Her debut book, The Nun And the Narc was an ACFW Genesis contest finalist.
You can see Catherine's garden, read her poems and blogs, connect with her, and follow her at http://catherinecastle1.wordpress.com.

From the Book’s Back Cover: 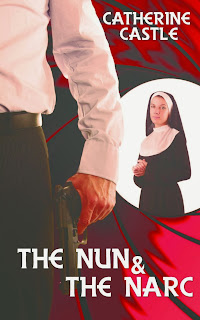 Where novice Sister Margaret Mary goes, trouble follows. When she barges into a drug deal the local Mexican drug lord captures her. To escape she must depend on undercover DEA agent Jed Bond. Jed’s attitude toward her is exasperating, but when she finds herself inexplicably attracted to him, he becomes more dangerous than the men who have captured them by making her doubt her decision to take her final vows. Escape back to the nunnery is imperative, but life at the convent, if she can still take her final vows, will never be the same.

Nuns shouldn’t look, talk, act, or kiss like Sister Margaret Mary O’Connor—at least that’s what Jed Bond thinks. She hampers his escape plans with her compulsiveness and compassion and in the process makes Jed question his own beliefs. After years of walling up his emotions in an attempt to become the best agent possible, Sister Margaret is crumbling Jed’s defenses and opening his heart. To lure her away from the church would be unforgivable—to lose her unbearable.

From Jo:
The book begins as Sister Margaret Mary has finished working on the roof of a new dwelling in Mexico. She wears jeans and shirt. Catherine Castle has suspense on almost every page of her debut novel about novice Sister Margaret Mary and DEA agent Jed Bond. The suspense may be romantic or fear of the Mexican drug lord’s people. When Jed and Margaret admit to themselves they have feelings for one another, it’s Jed who puts on the brakes. His excuse to Margaret is that she is a nun. Margaret repeatedly tells Jed she’s a novice—not really a nun until she takes her final vows. Those vows are scheduled in the very near future. Ms. Castle’s characterizations are excellent, even the bad guys. This book kept me on the edge of my seat until the end. Then I wished the story could be continued. A very good read.

Remember: leave a comment on THIS post by 6 p.m. CT Sunday, October 6, 2013 and you'll be entered in the drawing for a copy of  The Nun and the Narc by Catherine Castle. Please, please remember to leave your email address. I’ll need your email address so that should you be the winner I can get in touch with you. I’ll announce the winner in Monday’s blog.

The winner of last Monday's blog post for a copy of Beautiful Imperfection by Kathryn J. Bain is BarbaraT. I'll email you. Thanks all for commenting. Watch for more book giveaways.

Till next time ... keep on smiling.