We Have Two Guest Bloggers Today: Heather Blanton and Michael Webb. You may leave a comment on both. Each blog post will have a book giveaway.

When you leave a comment on THIS post by 6 p.m. CT Sunday, October 20, 2013 you'll be entered in the DRAWING for a copy of the book mentioned below. If you mention in your comment that you’re a follower (see in the left column “Join This Site” and “Follow by Email”), I’ll add your name a second time in the drawing. You must be eighteen, have a U.S. mailing address, void where prohibited. You can read details about my book giveaways at Disclaimers. 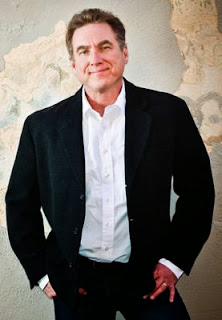 He is a history buff and is fascinated by the intersection of the scientific, supernatural, and Biblical world views, and has studied and taught from the Bible extensively for more than twenty-five years. He is also intrigued by recent discoveries in quantum physics that are now providing extraordinary insights into the reality of the spirit realm, especially as it relates to the study of Light.

What Inspired Me to Write Infernal Gates?
By Michael Webb

As I meditated on those powerful words in terms of the present condition of our fallen world, a fascinating thought popped into my head. What would happen if my wife and I were on a commercial airliner that crashed within a few minutes of takeoff killing everyone on board—except us! We awaken exactly 24 hours later, at home, in our bed, dressed in the same clothes we’d worn to the airport. How would we explain what happened to us?

This is how all of my novels are born. A vivid opening scene, generally an action-filled, pulse-pounding sequence of events, but sometimes several lines of riveting dialog from a character I have yet to meet. In the case of Infernal Gates, the opening line was “Less than ten minutes before we’re all dead, thought Ethan Freeman, and there is nothing I can do about it!

I’m a seat-of-the-pants writer. I’ve never done an outline. All of my stories begin as movies in my head. I have a general idea about plot, but it morphs into something bigger than my imagination over time. My characters are born, grow, and mature as I write. At some point, they take control. Then, all I do is transcribe as fast as I can whatever I see and hear.

Unbelievable fun—and I get paid to do this!

But I digress. Back to the “inspiration” theme.

Most of us, sadly, see the world three-dimensionally. But, as Rod Serling, the creator of The Twilight Zone was fond of saying: There is another dimension--a fourth dimension. A dimension not of sight or sound, or taste or touch, or hearing, but one that overlays the one we accept as the “real” world. A parallel universe layered over the terrestrial realm like a gossamer veil. In order to “see” into this realm and interact with it we must use gifts given to us by God that transcend our fleshly bodies—and our souls.

The realm of Spirit.

I’m inspired by God to write about this realm and explore the consequences of ignoring, denigrating, or misrepresenting its power to impact our lives for all eternity.

I hope you’ll take a chance on an “unknown writer” and join me in my world. 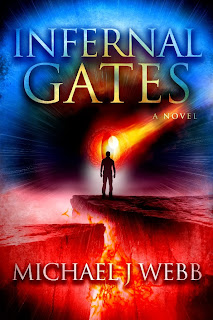 Back Cover Blurb of Infernal Gates
Ethan Freeman, ex-Special Forces Ranger, wakes up to discover he is the sole survivor of a fiery commercial airline crash that killed his entire family. His nightmare is only beginning when he becomes the FBI’s prime suspect. Only Ethan knows he’s not a cold-hearted murderer, but he has no idea what happened to him--and why he alone survived.

He finds an unlikely ally in Sam Weaver, the NTSB Chief Investigator. An ex-military pilot, Sam senses Ethan is innocent. She tries to remain dispassionate in her investigation of the crash even as she finds herself attracted to the man who may be America’s worst homegrown mass-murderer.

Neither Ethan nor Sam realize that shadowy spiritual forces are at work which will alter their lives forever.

A monstrous evil, imprisoned since the time of the Pharaohs, has been released by The Nine, a sinister group of powerful men and women who believe they are the direct descendants of the Anunnaki, ancient Sumerian gods. The demon they have unleashed intends to free The Destroyer from The Abyss, the angelic prison referred to in the Book of Revelation, and unleash a worldwide reign of terror and annihilation.

Facing impossible odds, time is running out for Ethan and all of humanity as he is drawn into an ever-deeper conspiracy--millennia in the making--and learns that he is the key to stopping The Nine.

Remember: leave a comment on THIS post by 6 p.m. CT Sunday, October 20, 2013 and you'll be entered in the drawing for a copy of Infernal Gates by Michael Webb. Please, please remember to leave your email address. I’ll need you email address so that should you be the winner I can get in touch with you. I’ll announce the winner in Monday’s blog.