When you leave a comment on THIS post by 6 p.m. CT Wednesday, February 5, 2014 you'll be entered in the DRAWING for a copy of the book I mention below. If you mention in your comment that you’re a follower (see in the left column “Join This Site” and “Follow by Email”), I’ll add your name a second time in the drawing. You must be eighteen, have a U.S. mailing address, void where prohibited. You can read details about my book giveaways at   Disclaimers.

A Ton of Gold by James R. Callan 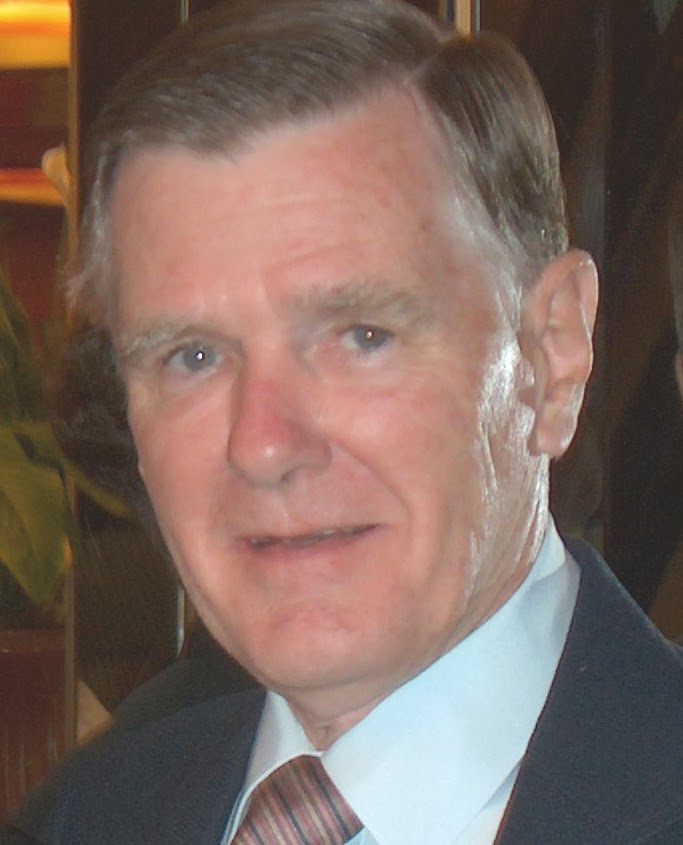 Our guest blogger is James R. Callan, author of A Ton of Gold. After a successful career in mathematics and computer science, receiving grants from the National Science Foundation and NASA, and being listed in Who’s Who in Computer Science and Two Thousand Notable Americans, James turned to his first love—writing.  He wrote a monthly column for a national magazine for two years, and published four non-fiction books.  He now concentrates on his favorite genre, mysteries, with his sixth book releasing in spring, 2014. You can find Jim online at his Website, blog, Amazon author page, and at Twitter:

Where did A Ton of Gold come from? 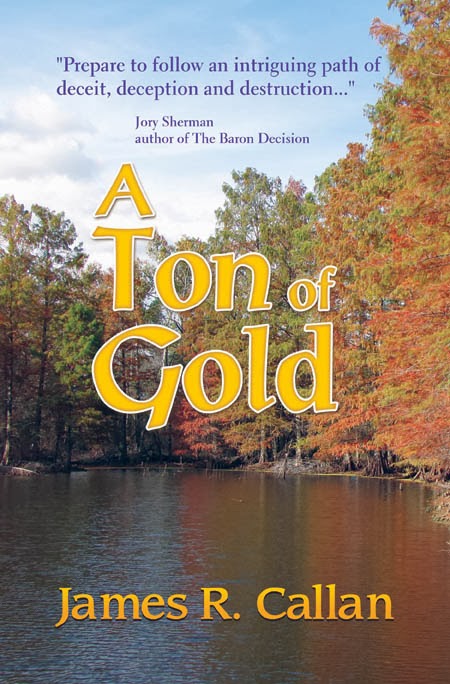 A number of years back, I decided I wanted to write a book where the protagonist was involved in information retrieval.  I had done a little research in that area while working on a Ph.D. and have a son who is a professor directing research in the area of information retrieval. I thought it might be fun to incorporate some of that in a novel. But, nothing came of it.

Then a couple of years ago, I read an old Texas folktale about a wagon load of precious metal being pushed into a lake to avoid having it captured by the Mexican army.  I began to wonder how an old folktale could affect the lives of people today.

Eventually, I connected these two ideas and the result was a 95,000 word mystery/suspense, which I called A Ton of Gold.  It is a contemporary novel, although the prologue brings in the old folktale dated around 1834.

Of course, I added a subplot so that the heroine, Crystal Moore, has not one but two big problems to deal with.  It was a fun novel to write because I introduce three interesting characters who, in different ways, help Crystal.  One is a former bull rider, now owner of the informational retrieval company where Crystal works.  One is a streetwise housemate for Crystal.  So, while Crystal is brilliant in her field, her housemate is wise in other areas, and often is teaching Crystal about the real world.  And last, but certainly not the least, is Crystal’s 76 year-old grandmother, Crystal’s only remaining family.  The grandmother lives alone on a 320 acre tract in the middle of a forest, has a will of steel and sees things very clearly.

While Crystal learns a lot from these three, so did I.  In developing these characters, I found myself immersed in their view of the world. Each of the three has a different point of reference, a different attitude, a different reaction to the events occurring. I got a clear view from what I saw through Crystal’s eyes.  But in looking at the situations from varying angles, I broadened my personal view.  So, I learned as I wrote.

This often happens.  One writes about a subject and in doing so, learns more about it.  It is seldom, and probably never, that I write a book and don’t learn, or develop a different feeling, about something.  That’s one of the advantages of writing, one that is often overlooked.  Not only does writing keep the mind sharp, but it expands the range of knowledge or understanding.  That’s just another benefit, which goes with the joy, of writing.

A Ton of Gold can be found on Amazon.

Remember: leave a comment on THIS post by 6 p.m. CT Wednesday, February 5, 2014 and you'll be entered in the drawing for a copy of A Ton of Gold by James R. Callan. Please, please remember to leave your email address. I’ll need your email address so that should you be the winner I can get in touch with you. I’ll announce the winner in Thursday's blog.


The winner of last Thursday's blog post for a copy of Hearts Rekindled by Patty Smith Hall is karenk. I'll email you. Thanks all for commenting. Watch for more book giveaways.