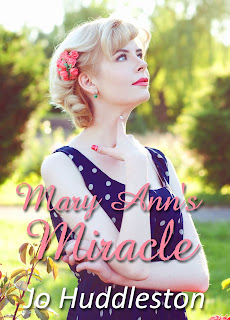 It will take a miracle to restore
her trust in men.

When Mary Ann Williams was a teenager, her daddy fell from the lofty pedestal on which she had placed him. It will take a miracle to restore her trust in him and all men.

Orphaned Doug Palmer searched for a somewhere and a someone. When he enlisted, the U.S. Marine Corps became his somewhere. But until he met Mary Ann he’d never known anyone he wanted for his someone.

Proving himself trustworthy to Mary Ann will be a monumental task hindered by a roadblock named Roxie.

In spite of the possibility that Doug might be her prince charming, Mary Ann’s shredded and bruised heart is not easily given away. She must believe Doug’s words more than Roxie’s or her fairy tale will disappear.